Showing posts from October, 2015
Show all

We're Here, We're Queer, Get Used to It: A Lesson the Animal Rights Movement Could Learn 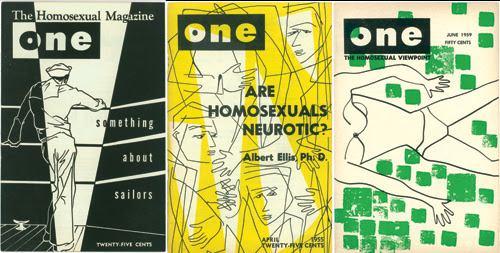 This fall, I've been listening in on a course I always intended to take as an undergraduate, U.S. Gay and Lesbian History by George Chauncey, and I've had to pinch myself for the last week or two as I read my way through Sexual Politics, Sexual Communities  by John D'Emilio to remind myself that I'm not reading about the animal rights movement. The debate is so similar to, and the rhetoric so evocative of, the modern animal rights movement that it's impossible for someone in this movement to miss. So I've decided I should share some of the most interesting parallels in the book with a wider audience. The book covers the early (pre-Stonewall) movement for gay and lesbian rights, particularly centering around the Mattachine Society and the Daughters of Bilitis, two 1950s groups. The movement was known as the homophile movement in those decades. I don't think many of these examples are that biased by D'Emilio's own perspective, as the previous book
4 comments
Read more

It's commonplace for American food commentators to discuss the contradictions and nuances of meat. From "The Omnivore's Dilemma" to "The Compassionate Carnivore," authors maintain that meat's moral ambiguity makes it delectable and interesting to ponder. Grist spent this summer on a pedantic expedition into the  controversies around "meat ." The Wall Street Journal held a panel which  I attended  on "the culinary and cultural aspects of meat." This past Friday the Yale Sustainable Food Project made its annual pig roast more comfortable for attendees by embedding it in a scholarly conference. In toasting the pig, organizers read a poem documenting the sexual violence of meat as an example, apparently, of the way our lives are mired in webs of moral quandaries. With chuckles and raised glasses, professors and students toasted and then ate the body of a pig, newly aware of the complexities behind that pig's arrival at the
2 comments
Read more
More posts