Showing posts from August, 2017
Show all

August 30, 2017
I asked a question last week about whether efforts to ensure that artificial intelligence is developed safely should include public outreach. This goes significantly against the grain of most people working on AI safety, as the predominant view is that all that is useful right now is research, and even outreach to elites should wait. While I'm still not persuaded that public outreach would be harmful, I was moved toward seeing why it might be a bad idea from a few answers I got: 1) On the core issues, the policy asks  have yet to be worked out  for ensuring safe development of artificial intelligence. Nobody knows how we actually program AI to be safe, yet. We are so far from that there is little to say. 2) Regulation could tie the ethical AI developers' hands and let bad actors be the ones who develop AI. This argument closely resembles arguments about other regulations: industries flee countries with the most regulations, causing industries to move to less-regulated
Post a Comment
Read more

Insects Are Going out the Window. How Should We Think About This?

August 29, 2017
Insect populations are rapidly declining according to scientists (and our cars' windshields) : An amateur German group called the Krefeld Entomological Society  has been monitoring insect numbers at 100 nature reserves in Western Europe since the 1980s. Although there were the annual fluctuations they discovered that by 2013 numbers began to plummet by nearly 80 per cent. Most people likely see this as a huge loss, particularly animal advocates. Environmentalists will of course see this as a huge loss given the effects on many ecosystems. There's a growing body of literature, however, that suggests a different reaction (for instance, see Simon Knutsson ). Much of it is done by lay people, but I hope to be able to study this question academically before long. If insects do feel pleasure and pain, then their lives look pretty lousy. In the vast majority of cases, "being an insect" means being born and promptly starving, being eaten alive, or dying in another h
3 comments
Read more 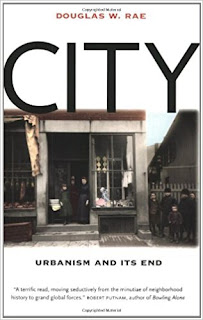 I woke up living in an apartment building for the first time in my life. (I'd previously woken up in apartment buildings, but did not live in them.) Having spent most of my life in the suburbs and my high school years having envy for my friends' access to public transit, this is an interesting moment for me. I've always admired cities, and the moment has had me reflect on my place in one. It had me thinking about cities and what I've read and learned about them. In college I did a program called FOCUS on New Haven that introduced us to urban politics and then took a course on New Haven and American cities based off the book City: Urbanism and Its End . There's a lot more to learn from reading about New Haven than many people think. Its history has a rare degree of historical documentation given the presence of Yale. It typifies the history of many formerly great American cities, going from a geographically blessed religious haven to an industrial behemoth (in this
Post a Comment
Read more 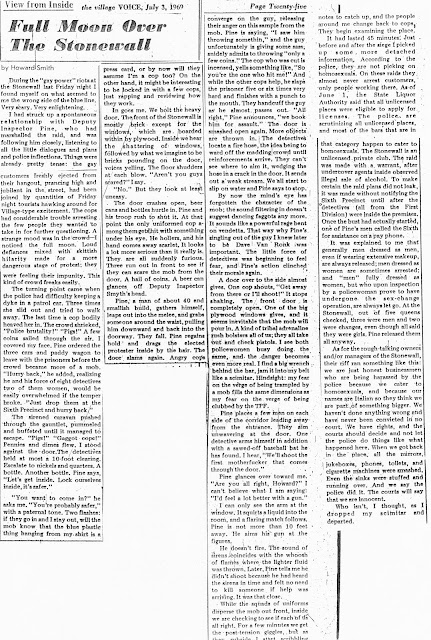 The Village Voice is ending its print addition today  and is being hailed for its long run. It was once introduced to me as a gay newspaper, which I think indicates the way people think about it. The funny thing is that the paper had a huge fight with gay rights activists in the aftermath of the Stonewall riots, which it referred to as "The Great Faggot Rebellion"  and refusing ads with the word "gay" in them . Here's their article from the night of the Stonewall riots, a fun historical artifact: https://www.flickr.com/photos/57750341@N07/14282256417 Here , on the other hand, is their guide to 2017 Pride . Let's just say #SocialChange.
Post a Comment
Read more

Does AI Safety (and the Effective Altruist Technocracy) Need More of a Grassroots?

August 22, 2017
The Future of Life Institute released a letter today to the UN’s Conference of the Convention on Certain Conventional Weapons (CCW) conveying concerns regarding lethal autonomous weapons (signed by Elon Musk and covered in The Washington Post and elsewhere). The concerns are grave: Lethal autonomous weapons threaten to become the third revolution in warfare. Once developed, they will permit armed conflict to be fought at a scale greater than ever, and at timescales faster than humans can comprehend. These can be weapons of terror, weapons that despots and terrorists use against innocent populations, and weapons hacked to behave in undesirable ways. We do not have long to act. Once this Pandora’s box is opened, it will be hard to close. We therefore implore the High Contracting Parties to find a way to protect us all from these dangers. I used to be unduly dismissive of far future concerns (as did many other EAs ), but I've been persuaded by books like Superintelligence that g
3 comments
Read more

August 21, 2017
The Washington Post  this weekend had a sharply-worded editorial condemning efforts to disenfranchise voters with which I of course agree, but the editorial missed the crucial point. Here's the key paragraph: Yet even if all 1,500 Confederate symbols across the country were removed overnight by some sudden supernatural force, the pernicious crusade to roll back voting rights would continue apace, with voters of color suffering its effects disproportionately. Pushing back hard against those who would purge voter rolls, demand forms of voter ID that many Americans don’t possess, and limit times and venues for voting — this should be a paramount cause for the Trump era. All the forms of voter suppression listed deserve to be combatted, but the chief cause of disenfranchisement in the United States is one that is still rarely challenged: disenfranchisement of those with felony convictions. It's difficult to get a good estimate of the number of people prevented from voting
Post a Comment
Read more

How Should Animal Advocates Think About Anti-Big Ag Political Coalitions?

Source: http://www.nyanimalag.org/wp-content/uploads/2013/01/CowsFeeding5.jpg Pooh-poohing the weakness of mainstream political parties toward Big Ag is rightly a hobby for animal advocates. The laxness (or supportiveness) of U.S. federal and state agencies toward Big Ag is strikingly out of step with the American public .  Animal advocates should be heartened this week  by a piece in The Nation that argues that Democrats can seize the current anti-corporate fervor to challenge the Cargills and Smithfields of the world. The wrinkles of the piece, though, lay out some more complex strategic challenges than animal advocates may notice. The article introduces us to Joe Maxwell, "a fourth-generation hog farmer and former lieutenant governor of Missouri" who led the fight against Oklahoma's "Right to Farm" bill, which ended in a rout of Big Ag. A "Right to Farm" bill is well worth fighting. So too are efforts to up the ante on USDA regulations and enf
Post a Comment
Read more
More posts