January 09, 2018
Last weekend marked six months since my fiancé, Lucas Freitas, and I got engaged, and I thought it would be helpful for us to share how we (he, really) did it while keeping the event aligned with our shared values of altruism and rationality.

Lucas proposed to me in the conference hotel where we'd first met in person, just one year prior. We met at the National Animal Rights Conference in 2016, and he got down on one knee at the same tent by the pool where we'd had our first kiss.

When he offered me a beautiful ring, designed as the prairie diamond I'd gotten him when we were first dating, I was surprised and uneasy about the ring, and its potential cost, after saying yes while drowning in tears.

Jewelry had always seemed to me the essence of frivolity; the sort of expense one can commit to a charitable donation. What I didn’t realize was that Lucas researched and thought critically about the matter, and arrived at a middle ground that I believe combines a physical symbol of love and commitment that will last a lifetime with the altruistic principles that brought us together.

When Lucas started his search for a ring, he was torn when realizing the price tag associated with any high-quality jewelry that he could find in a store. After researching on materials, he understood why most people settle for gold or platinum: durability. After secretly going to dozens of shops with our housemate and friend, and finding all rings way too expensive, and none really representative of our union, he felt hopeless.

After a frustrating day of looking at rings ranging from $1,000 to $10,000, Lucas was headed back home empty-handed when he saw one last ring shop: Shapur Mozaffarian. After entering the shop and being impressed at the designs available, he learned from the owner that all jewelry there was custom-made and made in house.

Lucas had considered vintage jewelry, as suggested by a Giving What We Can blog, but being a same-sex couple, and hoping to have matching rings, finding a vintage pair was a hard task. Surprisingly, Lucas found out from the owner that custom jewelry often ends up being far cheaper than store-bought or even vintage options.

With one week until our one-year anniversary, the owner of the shop was so inspired by Lucas’s goal of finding an affordable ring that truly represented our love that he offered to make the rings and deliver them by the engagement planned date. Lucas was wearing the prairie ring I got him, and the jeweler translated that symbol into a platinum ring that will last each of us a lifetime, but that cost us a third of the market price.

Even after getting both of our rings, Lucas was still less than halfway to the traditional “one-month’s salary” for a single ring. And that’s where the EA-component of our engagement came in.

The tradition for an engagement ring is to spend one month's salary, which is truly frivolous considering how much that can amount to for people in high-paying jobs. In that light, Lucas decided to give the remaining of one month's salary to a charity that we’d both pick.

The task of picking a charity for our very first joint donation was an exciting one, and I think a very valuable project for us to start working as a couple to do good. Here's how we decided where to donate:


Consider our goals and causes

Lucas and I met through animal advocacy and rate that as one of the highest-impact causes, but we've been becoming increasingly concerned with the long-term trajectory of humans and artificial intelligence in particular. Based on that, we decided to look at charities dealing with animals or the long-term future.


Lay out some basic thoughts

Based on broad sociological and historical studies as well as some more recent quantitative work, Lucas and I wanted to support grassroots groups and protest groups in animal advocacy as well as groups focused on institutional change.

In the long-term future domain, we wanted to support people who shared our anti-speciesist values since it is difficult for a non-expert to understand precisely a group's work in that area (though Lucas knows a reasonable amount on this). We wanted groups that tried to expand on and interrogate the field from the right principles. 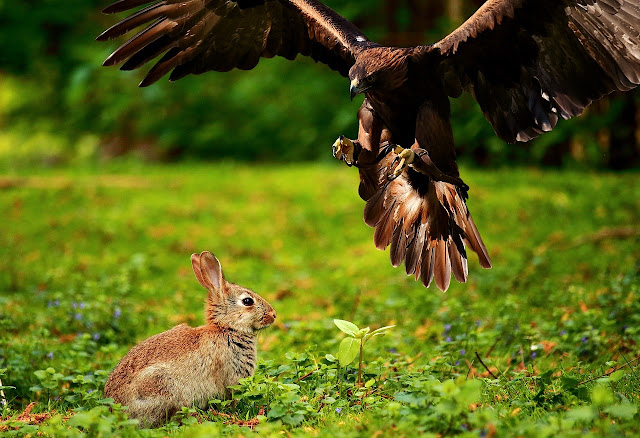 Finally, both of us are concerned with the suffering of animals in the wild, which is very neglected and could easily be a massive and ignored crisis. (This is different from the preservation of species. This is the question of wild animals' wellbeing.) Neither of us thinks there is evidence to think that direct interventions in this area are currently cost-effective, but we do think that more research would be helpful.

We looked at Animal Charity Evaluators' list of standout and top charities, various lists of far future charities from effective altruist organizations and blogs, and the charities we knew. Ultimately, a number of charities stood out to us in each domain as potentially very high-impact. Animal Ethics, the Nonhuman Rights Project, the Good Food Institute, Sentience Politics, L214, the Foundational Research Institute, and the Future of Humanity Institute all seemed like good options.

We were still curious about other international grassroots animal charities, particularly in the developing world, where money goes further and there may be an opportunity to prevent mass suffering on factory farms before it happens. I looked at charitable donations made by the Open Philanthropy Project and talked to Lewis Bollard about some of the organizations, trying to find organizations that focused on movement-building or institutional change. One more group that we came across was the Federation of Indian Animal Protection Organizations.

Look at the impact of individual charities

After coming up with a collection of charities that interested us, we started looking at what had been written and what we could see about funding gaps. We found that some groups were far more talent- than funding-constrained, for instance, or that others were not expanding what we thought were their highest-impact programs with additional funding.

When we spoke to the Federation of Indian Animal Protection Organizations (FIAPO), it was clear that they had a similar vision to what we wanted to do with our donation and gaps we wanted to plug. Through my previous work with Direct Action Everywhere, I'd already become acquainted with the activist scene in India, where from what I can tell there is a lot of untapped and disorganized energy ready to be put into effect. FIAPO had a plan and a vision for training and organizing activists that we thought would create the sort of broad-based movement we wanted to see. We decided to donate there, though we came away excited about many of the above groups and each plan to donate to one or more of them in the future.

I spent many of the past several years wondering if I would ever find someone who shared my values and a mutual desire to act on them. Our engagement made clear that I found that person.