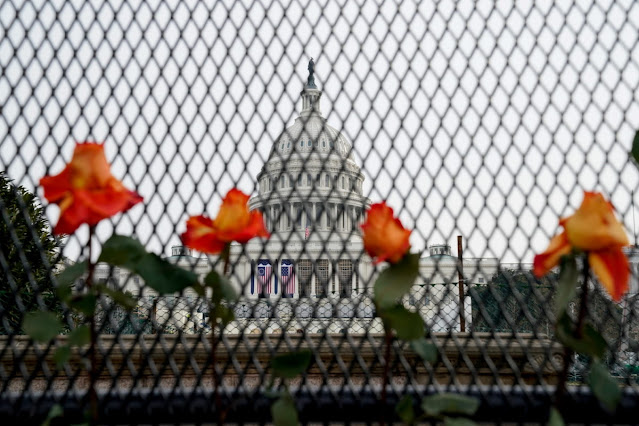 Might there be more unity? There are some more fundamental reasons than Biden or Trump why there could be more unity in the U.S. in the next few years: COVID-19 and the Capitol insurrection.

Anecdotally, we all have stories of people coming together in times of crisis: families shifting roles to make ends meet in wartime or even just the surprisingly rapid change in social habits that happened last March as people in many parts of the country isolated nearly overnight.

Some research backs up the anecdotes. Here I'll lump together work on both inequality and polarization since both involve a sort of unity in the population. First, a body of surveys and experiments finds that cooperation within local communities increases cooperation during wartime. Relatedly, the relationship between the rate of return to wealth and growth, which Piketty controversially tied to inequality, tends to flip during war time.1

More recently, while we can all think of the COVID-19 crisis as being sharply polarized, the polarized response (e.g. in public health responses) seems to be a symptom of other factors rather than an indication of the effect the pandemic itself is happening. Political polarization actually declined when the pandemic began, and thinking about the pandemic in an experiment makes people less polarized. On the inequality front, the recent book The Great Leveler makes the case that four horsemen of the Apocalpyse, including war and plagues, tend to reduce inequality. At a global level at least, COVID-19 has by some measures hurt rich countries more than poor ones.

And post-Capitol riot, while the evidence is mixed, Pew polling suggests a more unified condemnation of right-wing extremism than we've seen in a while, with the result across pollsters somewhat more ambiguous. The impeachment was also more bipartisan than past impeachments (although less bipartisan than the Nixon one would have been had he not resigned).

Last, while these reasons are somewhat independent of who's president, having a national message that is plausibly less polarizing might amplify potentially unifying effects of crises. A clear message that COVID-19 is happening and that there are preventive steps with wide scientific backing might ensure we reap more of the social benefits of a common crisis.

The case that we will see unity now is very far from decisive, and the data above comes at various levels—local, national, and international. Unity at some levels but not others can actually mean more division: the review of surveys and experiments above shows that war enhances parochial values, so we might see unity within communities but division across communities. So the evidence doesn't paint a clear picture that we'll see unity at one level or another, but it suggests the potential for unity at various levels and a potential opportunity for trends in polarization to slow at the very least.

1. I'd note on the Piketty front, there are some important questions about whether the model makes sense, so I don't want to endorse it here—I offer it just as another hint at a general theme. Jones (2015) has a nice discussion of Piketty.